Three parents try to stop their daughters from losing their virginity on prom night.

Enjoyable performance from John Cena, though Ike Barinholtz stole the show in this coming of age / parental stress comedy. All characters very natural and likable, A feel good movie you should think twice before blocking.

Bad Teacher, Bad Movie. There isn’t much more to say about this. There was nothing likable or even redeemable about Cameron Diaz’s character, and Lucy Punch’s character’s mistreatment is indicative of a rotten and unfair system of greedy self serving manipulation that this movie normalizes. This movie strikes me as a black mark against more than just movies and comedies. Wrong on so many levels. I don’t understand what Jason Segel was doing in this mess.

I can’t remember Lucy Punch’s character treating Cameron Diaz’s in any way that justified the ending, which was a final hard slap in the face from a movie that had plenty of slaps to offer.

First Man – Josh Singer (screenplay by), James R. Hansen (based on the book by)

A slow moving movie at times, but I think this movie captured the claustrophobia, urgency, and immediacy of riding a small tin can from Earth to our nearest neighbor in the solar system. The action scenes were realistic and well executed, and I’d recommend this movie for anyone, like me, who has an interest in space travel. A definite movie for the big screen.

As a big fan of Steve Carell, Sam Rockwell and Rob Corddry my only complaint with this sweet masterpiece was that Rob Corddry should have had so much more screen time. Steve Carell splendid as the controlling step-father. I don’t think I’ve seen Steve play a character I didn’t love, and he did it so well.

Interested to see that Jim Nash was amongst the writers. I’ve enjoyed Jim in the TV series Community and was not aware of his writing talents. Will be searching for more in weeks to come.

I’ve seen this movie twice now, both times in 2D at the big iSense screen in Edinburgh, Fort Kinnaird. It’s nothing short of spectacular, starting with an epic fight that sets the scene for the entire movie. The pacing is excellent, and every member of the large ensemble cast has their moment to shine. The greatest moments for me were when heroes who had never met before were introduced for the first time. This was done in such a manner that the characters were blended wholesomely, and with genuine humor.

I cannot wait for the next installment in the Avengers series, and for the first time I am sure my wife and I will be attending the midnight screening. All in all, this is an epic movie and one I recommend you see quickly and on as big a screen as you can afford.

I was sceptical, as British comedies can be a hit or miss for me. This, however, really hit the right spot. It was fantastic to see Julian Barrett in the lead as Mindhorn, the 1980s TV detective brought out of the archives for a final, thrilling, real-world case. There were a lot of laughs and a lot to enjoy, but the best thing for me was to see Julian in his element. Great movie.

The Orville – Seth MacFarlane Awkwardly Wins Me Over

Watching The Orville now after winning a free 2 month trial from NowTV. I like the show and I’m surprised with the reviews. Critics seem to hate it as much as fans love it. I thought the Star Trek Discovery TV show was just boring and confusing. Seth MacFarlane has given us back Star Trek, with a toned down version of his trademark humor thrown in to boot. I’ve read so much about how awkward Seth looks in the role of captain Ed, but I think he pulls it off and I enjoy the self-contained nature of each episode.

I like the show and I’m surprised with the Rotten Tomatoes and other critics reviews. The professional critics seem to hate The Orville as much as the actuall viewers enjoyed it. As far as I’m concerned, Seth MacFarlane has given us back the original Star Trek, with a toned down version of his trademark humor thrown in to boot. Most who watched this show went in expecting to hate it. I was the same. I like MacFarlane’s off-color humor and observations, but I expected The Orville to just be too much. But The Orville is a scifi show with a splash of comedy, not a comedy trying to be a scifi show. That’s what makes it watchable. That, and the positive message it brings back to TV science fiction. We’ve in a world governed by lunatics and heading at full speed towards the abyss as the intellectuals scream in silence. God knows, I don’t want watch the same shit when I turn on Star Trek.

These days, television that expects me to commit to a main plotline spanning a season or more needs to be really, really good for me to commit. I’m talking about Game of Thrones good, or Breaking Bad. Star Trek Discovery doesn’t have that appeal, so I was quick to quit.

I’m a fan of the cinema and believe that it bring a certain experience to watching a film that viewing at home cannot match. Some movies absolutely belong in the cinema and lost some of the spectacle when viewed at home, regardless of the quality of your home cinema equipment. I enjoy the typical Hollywood blockbuster movies but recently am becoming more inclined to enjoy smaller and less mainstream cinema. Maybe I’m getting wiser as I age. I certainly hope so! 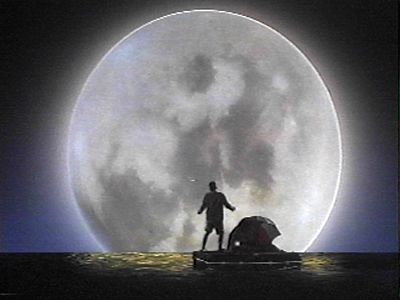 My favourite movie of all time is Joe Versus the Volcano. John Patrick Shanley’s script resonated with me the first time I first saw that movie. More than twenty years later the movie still holds a special place in my heart.

I saw Terminator 2, Judgment Day about eight times at the cinema. I was obsessed with that movie and totally blown away by the special effects. Of course, Arnie as the eponymous Terminator was never better. It’s a movie I can still watch anytime and still find absolutely amazing.

I like television, but I’m very picky. Right now I’ll watch absolutely anything to do with The Walking 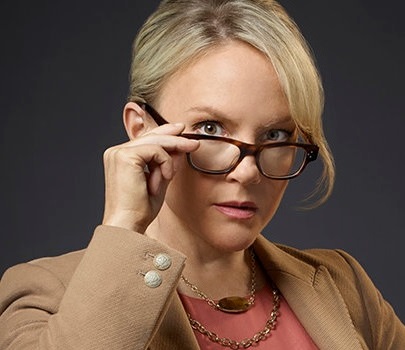 Dead. Yes, I mean absolutely anything. In fact, if they made an Eastenders spin-off that took part in TWD universe then I’d watch it. And I loathe Eastenders. I’m watching Bojack Horseman, The Man in The High Castle, and the astonishingly brilliant TV sitcom Community. Also watching F is for Family, Better Call Saul, and Lucifer. My attraction to the latter show, Lucifer, is confusing. Sometimes it seems too unbelievable that I just can’t look away. But I think I’m in love with Lucifer’s therapist, Linda, so provided she keeps getting her three minutes an episode I’ll be hooked.